A "Quickie" Crash Course in Business World-Building by Ben Settle

Many marketers understand the concept of audience-building and nurture marketing. You might have heard it called "building a fence around your tribe" or "your herd." Well, I'd like to re-introduce you to this concept at a higher, more powerful level. It's called "World-Building."  I credit email marketing expert, Ben Settle, for coining this term, demonstrating it in his business, and showing others how to do it themselves.

Read about it below in Ben's own words: 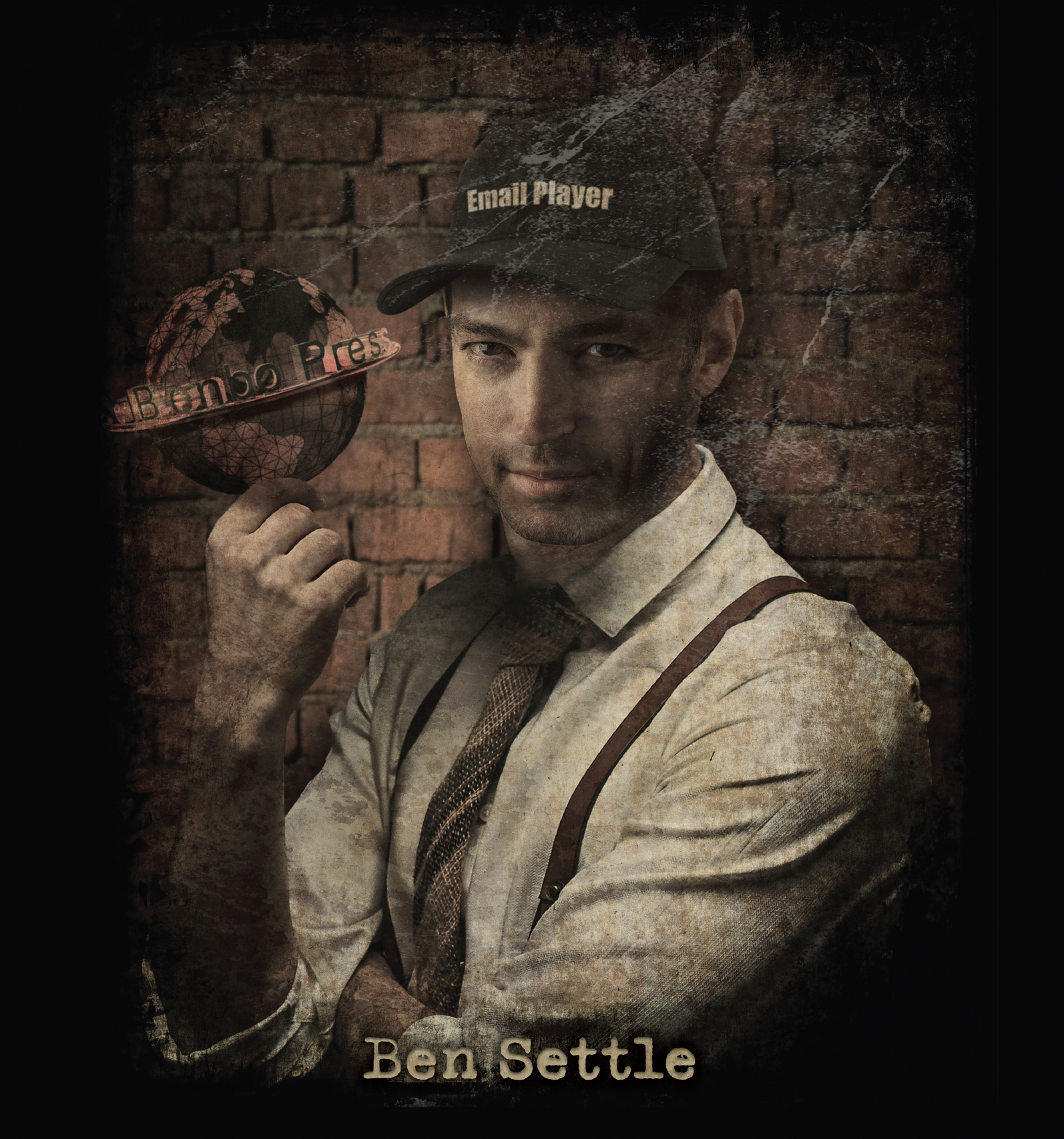 Almost 9 years ago a chick named Natasa Lekic, CEO of a New York firm that helps authors create a book and then connects you with sought-after editors in the industry, sent Yours Crotchety an email that said two things:

2. But, she said she read some of my Zombie Cop novel (the first book in my Enoch Wars series), said it was good, and the book has a great sense of pacing and world building. She even graciously offered to connect me with an agent.

(That’s not what her company does — so nothing in it for her.)

Anyway, that got me thinking about something hardly any other marketers think about.

And that is, the idea of World-Building.

To me, it’s very natural after mindlessly spending my youth in cahoots with a couple other kids who also had no other friends or lives playing Dungeons & Dragons and other RPG’s. Building worlds, characters, adventures, narratives, story arcs, and all that jazz comes very natural due to that.

And it was just as natural to bring that to my marketing.

And to my brand.

And, yes, to my business as a whole.

When I ran an insanely addictive — according to many of its members, at least — Facebook group called elBenbo’s Lair. I built a “world” full of surprises, rules, laws, languages, customs, characters, storylines, plot twists, and other such hijinx that made it so it wasn’t unusual to have someone call it “real life” with everything outside the group being ignored. Sometimes there were so many Thread-holes and discussions, debates, and arguments going on concurrently that people would post stuff on their main timeline they’d rather not the public see, thinking they were safely in my group, only to have their friends and family think they let the cuckoo out of the clock.

Such was the power of building my own world.

Very few people (if any) in marketing understand how to world-build like this.

I once taught this topic to Email Players subscriber Brian Kurtz’s prestigious Mastermind.

In my experience, World-building can not only create legions of fans & customers, potentially make your business all-but “cancel-proof”… but also help grow a business where making sales can become easy & automatic vs a constant struggle & chore endlessly trying to gameify, hack, and manipulate your way into peoples’ wallets. World-building can mean having a place people want to be and fight to stay inside of, instead a place you need to desperately try to keep people from leaving.

It’s a privilege to be in your World, not a right.

It’s also an adventure from their boring lives.

And, yes, it can be a platform unto itself.

Do it right and in essence you can become your own Platform.

That is why I believe — even after your death, if you do World-building correctly — your business can never be truly cancelled, de-platformed, suppressed, manipulated, or controlled by Google or Facebook or any other big tech or government entity.

And perhaps best of all:

World-building — when done right — means putting your business in a position where you are not being pushy or selling as much as you are giving customers the opportunity to buy. World-Building can give you the kind of super tight bond with your fans, customers, clients, and audience no other “marketer” diddling around on Facebook and fapping to a spreadsheet can ever hope to have. Especially as they reactively spank out their silly little offers and bragging and virtue signaling about nonsense in a desperate attempt to try to stay relevant — lucky to get even a fraction of the engagement, response, and sales you can get if you but build a world people want to inhabit, stay in, and buy within.

In a word, World-Building equals what I have heard Dan Kennedy describe as:

In my way of thinking the best way to have Omnipresence is to be omnipresent.

And in my opinion & experience:

The best way to do that is a World people want to to be in their every waking hour.

World-Building is not something that can be copied or "swiped" from anyone else. As I've had to tell a few people, I can't even show examples of it outside of observing what you've been seeing me do over the last 10+ years when I started taking it seriously. It's like saying, "look at Disney, that's world building!" without any context, because there are thousands of variables — all unique just to Walt in many cases — involved.

Same with other great world-builders both dead & alive.

It ain't something you look at and extract lessons from piecemeal.

It's something you look at as a whole.

Especially when you understand the main intricacies of how it works.

This is not something you build in a day or a month. It requires literally months & years of thinking about it, applying it, and growing it starting with one "cog" in the world and building from there, and even then it is never really “finished” if you are doing it right.

Ain’t no checklist for how to do it.

And no feedback is required.

And probably a lot of feedback should be ignored anyway.

It's YOUR world, not whoever is giving you feedback’s world, after all.

I can't speak for any of these guys, but Walt Disney, Steve Jobs, the few other businesses I've observed who have done it, very likely did not seek "feedback." They almost certainly just did it, intuitively, based on a whole host of factors and preferences and goals and motivations unique to them, and them alone, plus knowledge of their markets, industries, and lists.

Certainly that was the case in Disney and Jobs' cases.

If it was "simple & easy!" everyone would do it.

Which is exactly why everyone won't or can’t do it.

Especially those who struggle with original, strategic, creative, and/or long-term thinking. Or those who need a checklist for everything. Or who can't make a move without consulting their Facebook friends, life coach, or horoscope.

It certainly won't be something anyone lacking patience can do.

I’ve had my fun here.

I got nothing I want to sell you today.

I simply wanted to tell anyone still interested enough in this topic to have read this far about how I am kicking around hosting my first event, that would be about World-Building.

(don’t quote me on any of this)

* Over a couple days I will put each attendee’s business on the hot seat — and we will hammer out an entire World-Building strategy based on their unique peculiarities, particulars, and profit goals.

* A 3rd “no-value” day — of golf and/or pub activity for those who want to partake. (And where, ironically, the real value will likely be. Will not explain.)

* Probably it will be at my house or I might rent something — either way, it’s a good 3+ hours from any decent airport, as I am happily & deliberately far away from humanity.

* Cost’ll probably be around $5k+ plus travel, food, & lodging costs — it's not meant to be cheap, as the more one invests the more one will get out of it

* I will tape it and turn it into a product that will sell for more than whatever the cost is — and attendees will have to sign a waiver agreeing to letting me use their hot seats commercially, and will of course get a copy of said product when it’s ready at no charge

I am still playing around with all this.

But, what I want to mostly know for now is if there’s demand or not for it.

If there is, I’ll start playing with a game plan.

If not, I will just greedily keep all this knowledge to myself.

Ho’ bunch more value to me in keeping secrets than sharing them anyway.

So if this interests you, simply follow the instructions below. I’ll make a note of everyone who replies back with something intelligent. (Limp-wristed & weak replies that show zero enthusiasm or passion about the subject will be ignored.) And those people who show genuine excitement and are qualified (can afford it, travel to it, etc) will get first crack if/when I sell seats to it before anyone else.

I should also say this, too:

Troy Broussard has been on my arse about doing something like this with a few big “name” online marketers he knows of, who have supposedly been champing at the bit to do business with me in some capacity, with this being a perfect opportunity for doing so.

I don’t know if he’s right or not about that.

But I have learned not to bet against Troy with these sorts of things.

So I told him I wanted to do one solo first without anyone else tainting the event with typical online marketer horse shyt.

I also want to put a good format together first.

I bring this up because on the off-chance I do this event at all, and then want to do it again, and especially if I do them as JV’s to others’ list… it definitely won’t be as cheap, and it certainly won’t be as intimate, as this first one would be.

All right so that’s that.

If this excites you and you’re qualified here’s what to do:

1. Reply to this email ([email protected])

2. Tell me in as much detail as you want why you’d want to attend such an event

And that is it.

P.S. I recently mentioned this idea of doing an event in passing to Brian Kurtz who said:

…if you need to "fill it" I could do that for you in a heartbeat...but something tells me you don't need me.

All right, that’s all for today.